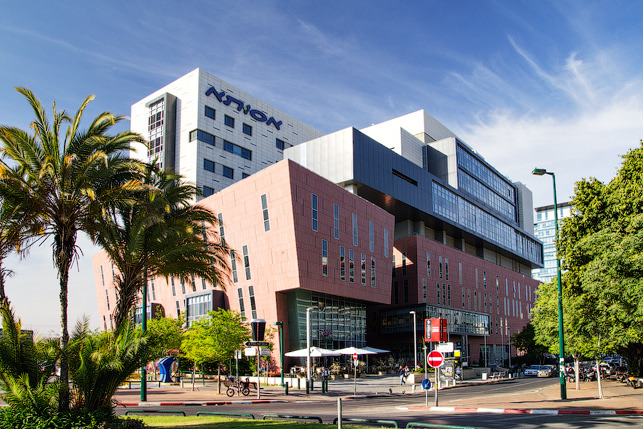 Membership: Israeli Association of Oncogynecologists, Israeli Society of Obstetricians-Gynecologists, as well as a number of international medical organizations.

Membership: American and Israeli Associations of Orthopedic Surgeons, as well as the Israeli Society for the Treatment of Hip and Knee Joints. Takes part in the activities of medical congresses.

Author and co-author of more than 140 articles in international medical journals. He founded a new direction in cardiology – cardiovascular diabetology – and became the chief editor of the scientific journal on this discipline, which is published in the UK.

I express my gratitude to the leading hemato-oncologist of the Assuta Complex Clinic, Professor Michael Shapir, my attending doctor, for professionalism, attentive and patient attitude, and the choice of drugs that caused my illness to recede.

I also thank Doctor A. Hefets, a leading specialist in the field of ENT surgery, head and neck cancer surgery, for the successful biopsy, as well as oncohematologist Professor O. Shpilberg for his careful attitude during my inpatient treatment.

Special thanks to the medical staff of the oncology and hematology departments who performed my chemotherapy procedures. Thank you for your sensitivity, helpful recommendations, and willingness to help: Nathan, Vera, Lily, Shelley, Dory made these difficult procedures less painful for me.

I thank you for the professionalism and responsiveness of the nurses who accompanied me during my inpatient treatment at the hospital:

On April 3, I had a surgery for removal of a rectal polyp. I was operated on by the surgeon Svetlana Makhlankin with the team and anesthesiologist Roman Schneider. The operation was quick and painless. Everything was professional. The nursing sisters in the waiting room Eva and Julia were very attentive. This is not my first visit to Assuta hospital. I want to thank the staff and hospital management.

My name is Lubov. My medical history is as follows. I am 32 years old. In February, I found a lump in my chest. Of course, I immediately turned to the mammologist, he directed me to do an ultrasound. I was diagnosed with the mastopathy. He said that I should not worry about nothing, the operation was scheduled for the end of August. Then, having told about this situation to my friend, I realized that it was better not to take risks, especially there is an oncological history in my family (the doctor ignored this fact). A friend advised me to address the company Ilissa, where she was undergoing treatment for cervical cancer and was very pleased. After I have adreesed, a medical consultant Lev contacted me. He was very livable, explained everything concerning treatment and arrival. After he received documentation and from us consultations with the doctor, he sent us a diagnostic program, everything was written in very detailed and understandable ways. The diagnosis was carried out within a week, my fears were justified, the neoplasm was malignant. Thank God, the metastases were not found, an operation and preliminary chemotherapy were recommended. The cost of the operation for me was high. I began to find out the price at us. Then, after I was told that it is necessary to remove the mammary gland, I decided to be operated on in Israel. The operation was conducted by Professor Gutman in the Assuta hospital. The operation was successful. Thank God, they saved the chest. I want to thank Ilissa Center and all the staff of Assuta Hospital! In particular, Leo and Roni, they were available even at a later time and were patient, despite my frequent calls and numerous questions before and after treatment. Thank you very much!!

I, Panfilova Svetlana Mikhailovna, was examining in Assuta from May 23, 2017 till May 26!!! I would like to express my words of gratitude, tears of joy overwhelm me!!! My adviced me to go there (her grandson was examined there). With our doctors, this is a circle pit! I was diagnosed with diffuse colitis, it was scary … Upon arriving in Israel, I was met and taken to the clinic. On the same day, I passed the tests and was consulted by a gastroenterologist, Doctor Laav Maor. After reviewing my examinations, he said (Without doing another colonoscopy): “You don’t have nothing like that!” And after I did colonoscopy, he confirmed it again! Thanks also to Professor Moshkovich and Professor Eldad Ben Shitrit, Head of the Department of Rheumatology !!! Wonderful people! In addition, I thank all the attendants, they were called 2 Olya and Svetlana! I am 60 years old, but I was treated like a child, so much attention! And most importantly understanding! The people in Israel are very responsive. If they did not understand my Russian in the cafe, then someone from the visitors helped me!!! Thanks and thanks again!!!!!

Last summer, I was diagnosed in Assuta. I was very pleased with the professionalism of doctors, prices, and service in general. In addition, the diagnosis made in Russia was not confirmed. Arriving in Israel, I was staying at my friend and went to the clinic without any problems by public transport. By the way, the first doctor’s appointment was assigned to me on the day of arrival. I got an appointment with specialists in various fields, including an oncologist, a mammologist, an endocrinologist, etc. I passed all the necessary laboratory tests and in less than 2 weeks I got the results. At all stages of the trip I was accompanied by a coordinator, who greatly simplified my stay in the clinic. I was very glad that I did not have cancer. I will never again use the services of Russian doctors, and I will only go for treatment abroad. It’s worth it. After all, life and health are the most expensive.